Today, we in America will observe Memorial Day. This day was first observed as Decoration Day, and originated after the Civil War, as a way of remembering the over 600,000 Union and Confederate soldiers who were killed during that horrific conflict which pitted brother against brother, neighbor against neighbor, and countryman against countryman. While the aftermath of that conflict was a  wounded nation brought back together, and many other brave American men and women have since fallen in wars and conflicts around the globe, we as American citizens must be ever mindful of the price that was paid, and ever vigilant as watchmen to protect the freedom for which they died.

As we today honor those who have fallen in battle, I am reminded of a letter penned by President Abraham Lincoln to a widow, Mrs. Lydia Bixby, whose sons had died fighting for the Union army…

I have been shown in the files of the War Department a statement of the Adjutant General of Massachusetts that you are the mother of five sons who have died gloriously on the field of battle. I feel how weak and fruitless must be any word of mine which should attempt to beguile you from the grief of a loss so overwhelming. But I cannot refrain from tendering you the consolation that may be found in the thanks of the Republic they died to save. I pray that our Heavenly Father may assuage the anguish of your bereavement, and leave you only the cherished memory of the loved and lost, and the solemn pride that must be yours to have laid so costly a sacrifice upon the altar of freedom.

Yours, very sincerely and respectfully, 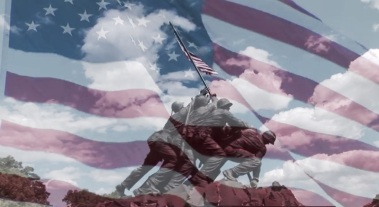 On this day, as we go about our family gatherings and picnics, please take a moment to remember the solemnity of this day by offering a prayer of thanksgiving for those who gave their lives so that you could be free, as well as a prayer of comfort for those who are still grieving a loss unimaginable by most of us. Let us remember that those who gave their full measure of devotion for the cause of freedom are not nameless and faceless, but are husbands, wives, brothers, sisters, fathers, mothers, and friends.

Thank you heroes, for your service and sacrifice. We owe you a debt we cannot repay.