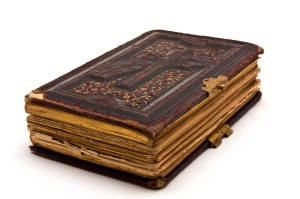 There was a time in this nation when preaching mattered. There was a time when newspapers would print sermons, and preachers would not fail to take stands for Biblical truth. There was a time, not too long ago, when congregations could gather and count on hearing an unapologetic, Bible-based word spoken by a pastor who had spent time on his face before God.

Today, we have preachers being harassed and scrutinized by public “servants” (I use that term loosely). Just recently, we have pastors in the Houston area being ordered (via subpoenas) to turn over their sermons, notes, and a host of other types of correspondence for legal review. In Idaho, a couple— both ordained ministers — is facing potential fines and jail time for refusing to perform gay marriages. An Oregon baker was forced to choose between shutting down her business or being fined into bankruptcy for refusing to bake a wedding cake for a gay couple.

I could go on and on… you get the picture. 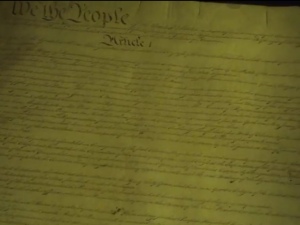 While roughly 77% of the population of the United States claims to be Christian, less than 4% claim to be gay, lesbian, bisexual, or transgender*. Yet, in spite of this wide disparity, the silence on this matter by pastors and preachers in our nation is deafening. Our “leadership” in Washington is trampling on the very Constitution they swore to uphold and protect — the one that plainly states in its First Amendment…

In spite of this very guarantee of freedom of speech and worship, the church has allowed itself to be cowed into the corner of silence and insignificance. The pop psychology pablum running off the pulpits in our country is challenging and changing no one. The problem has become that we have confused a crowd for a true church, and popularity for real ministry. We have sacrificed being righteous for being “relevant”, and “speaking the truth in love” for beating around the bush with psycho-babble that never gets to the heart of what is killing our nation and world today.

Where are the voices crying “prepare the way of the LORD“?

Where is the prophetic call to repent?

Where are the Elijahs, the Daniels, the Isaiahs, and the John the Baptists of our day?

With an end-time scenario in the Middle East, and the resurrection of the beast of the Ottoman Empire with its philosophy of genocide toward Jews and Christians, believers in Christ are fast asleep. The horde known as ISIS is sweeping across Syria and Iraq, destroying lives at will. The plague of ebola is sweeping across West Africa, infecting and killing thousands as the numbers continue to rise. Both of these calamities have spilled onto our shores, and while our leaders posture and preen in their attempt to appear effective while basking in their political correctness, the Churches of America fiddle while the nation burns.

I look around the city in which we live, and see nearly 1,000 churches constantly swapping members, while 230,000 souls won’t darken the doorstep of our houses of worship. Yet, I have a deep conviction that there are 7,000 in our county who have not bowed their knees to Baal, and that remnant will arise, cross over the barriers, and end the indifference. I believe that God is going to show up and awaken our cold and callous hearts once again.

Some of you reading this, for one reason or another, are no longer in church. If you are in the Chattanooga / North Georgia area, and are looking for a church that preaches the Word of God unreservedly, I invite you to visit us at Abba’s House. I’d love to meet you. We are a truth ministry that operates in grace and mercy. If you have stumbled along the way, and are looking for a place to call home, you can visit us and find welcome and restoration. If you are living out of town, I encourage you to find a church that stands on the truth of God’s Word, and get plugged in. If you can’t find one, you can join us online at www.abbashouse.com for our online streaming during worship times.

The time for complacency is long-since past. It is time that we once again believe that we are, without question – “One nation under God”.

2 replies on “A Time To Stand”

Amen, Bro Ron! AMEN! It is said that “Evil prospers when good men do nothing.” No….evil prospers when men and women of God do nothing, say nothing, stand for nothing. I’ve heard Christians excuse their silence and lack of action by saying Jesus opened not His mouth. Really? What Bible are they reading? It sure isn’t the one I read. Until His appointed time to fulfill His divine purpose of redeeming mankind on the cross, He opened His mouth plenty. He spoke truth in love and with authority. He led and spoke with power and purpose while imparting mercy and grace. He walked in courage.

It’s time God’s people stand up, speak up and show up. It’s time we start being the salt and light that the world needs. It’s time we speak in love and authority, to lead with power and purpose while imparting mercy and grace. It’s time we walk in courage. To quote Adam Mitchell, the main character in the movie “Courageous”…..”So where are you, men (and women) of courage?…….. It’s time to rise up and answer the call that God has given to you and to say, “I will. I will. I will.”