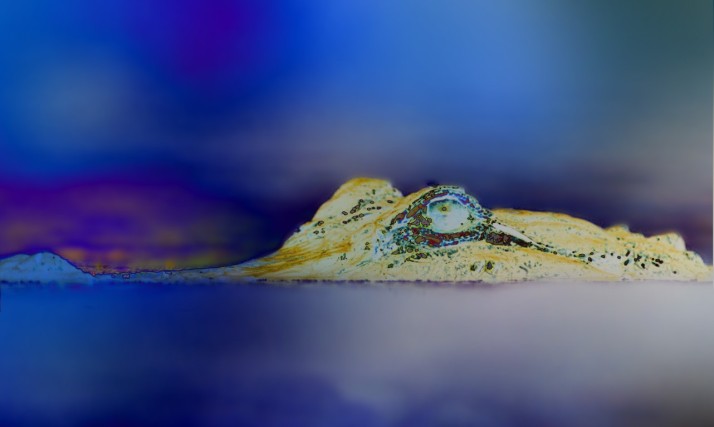 In 1986, the rock band Genesis had a Top 10 hit with a song entitled Land of Confusion. The song was a jab at some of the world events and politics of the ’80’s, describing the world’s political and social climate as a “land of confusion”.

Well, here we are now in 2015, and the recent and current events and threats we are experiencing now makes 1986 look like some sort of Utopia. So why are we living in a land of such confusion? Why can our leaders not recognize the immediate threat of Islam and Islamic groups like ISIS? Why does our government fight so hard for the rights of Islamic groups, while trampling the rights of Christians into the dust? Why do we embrace our enemies, while we ridicule and shun our allies? Why is it ok to espouse every left-wing, left-field politically-correct ideology that comes down the road while ignoring the freedoms of others, the law of the land, the Bill of Rights, and the Constitution of the United States? Why are the very people (and liberal media) who are so quick to jump on the “separation of church (religion) and state” bandwagon, whenever a Christian is involved, silent while we are being force-fed Islamic ideology in schools and in the public square?

I’ll tell you why… Leviathan.

Leviathan is first mentioned in the Bible, in the Book of Job…

May those curse it who curse the day,
Those who are ready to arouse Leviathan. ~ Job 3:8

“Can you draw out Leviathan with a hook,
Or snare his tongue with a line which you lower?
Can you put a reed through his nose,
Or pierce his jaw with a hook?
Will he make many supplications to you?
Will he speak softly to you?
Will he make a covenant with you?
Will you take him as a servant forever?
Will you play with him as with a bird,
Or will you leash him for your maidens?
Will your companions make a banquet of him?
Will they apportion him among the merchants?” ~ Job 41:1-6

Hundreds of years later, he is mentioned again by the prophet Isaiah…

In that day the Lord with His severe sword, great and strong,
Will punish Leviathan the fleeing serpent,
Leviathan that twisted serpent;
And He will slay the reptile that is in the sea. ~ Isaiah 27:1

Although we don’t know exactly what species Leviathan was, Brow-Driver-Briggs Hebrew Lexicon says that this is a dragon not unlike a dinosaur. Some believe it was possibly a crocodile.

Whatever Leviathan is, in the Bible, it is symbolic of evil.

In the spiritual realm, it is a giant spirit that blocks the flow of God’s purpose, power, and prosperity in the lives of God’s people. The name Leviathan literally means “to twist”. This demonic force twists everything to hinder the flow of God. Just like a crocodile hides in the mud, or just under the surface of the water, waiting to attack, so the Leviathan spirit tries to hide where the Word of God and the flow of God’s spirit are moving among people. Just as the crocodile attacks suddenly after waiting patiently for hours and hours on end, grabbing its prey and twisting it under the muddy waters until it drowns, so the Leviathan spirit goes unnoticed and unobserved until it strikes, twisting its victim until the damage is done, and they are buried in an abyss of darkness and confusion. He stays hidden until he is exposed by God.

The Leviathan spirit will not live in covenant, making it the most dangerous of spiritual enemies that I can think of. Where this spirit is present and working, covenant relationships are broken, marriages are destroyed, business partnerships crumble, friendships dissolve, and churches implode.

As we go through 2015, we are seeing the Leviathan spirit permeating our society like never before, through…

I could go on, but you get the picture. Confusion is rampant in our nation, and the spirit of Leviathan is alive and well.

So what are we to do? How do we defeat this diabolical enemy?

In that day the Lord with His severe sword, great and strong,
Will punish Leviathan the fleeing serpent,
Leviathan that twisted serpent;
And He will slay the reptile that is in the sea. ~ Isaiah 27:1 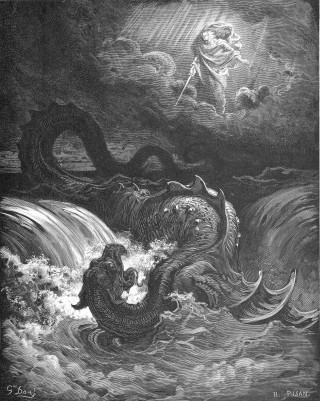 Leviathan is defeated with the sword of the Lord, which is severe, great, and strong. The Lord’s sword is the Word and Spirit, as we in Ephesians 6:17…

“…the sword of the Spirit, which is the word of God.”

We also find in Hebrews that the sword is discerning.

For the word of God is living and powerful, and sharper than any two-edged sword, piercing even to the division of soul and spirit, and of joints and marrow, and is a discerner of the thoughts and intents of the heart. And there is no creature hidden from His sight, but all things are naked and open to the eyes of Him to whom we must give account. ~ Hebrews 4:12-13

This sword helps you recognize Leviathan; you cannot without the Holy Spirit and the Word. When the church is determined to let Jesus speak, this sword will operate and Leviathan will flee!

What must we do?

Realize our pride is from the enemy. Look at this scripture about Leviathan…

An old pastor I once knew…

….was in a restaurant having lunch one day. As he was about to eat, he noticed a man sitting at the bar of the restaurant alone. The old pastor began to be prompted by the Holy Spirit to share Jesus’ love with the man. However, even as pastors sometimes do, he tried to shrug off the Spirit’s prompting, citing the usual excuses (pride, schedule, etc) we all make for not witnessing to others. Finally, when he could bear the conviction no more, he walked up to the counter next to the man.

“Excuse me”, the old pastor said. “May I tell you something?”

“I just wanted to tell you that God loves you and sent His only Son Jesus to die for your sins. Could I tell you how to be saved?”

To his astonishment, the man looked at him and replied, “Sir… I’ve been sitting here waiting for you.”

Friends, there is a world waiting…

When we as Christians abdicate our responsibility because of fear, we kick open the door to an enemy that is more than willing to send people looking for answers on a wild-goose-chase in the Land of Confusion.

As also in all his epistles, speaking in them of these things, in which are some things hard to understand, which untaught and unstable people twist to their own destruction, as they do also the rest of the Scriptures. You therefore, beloved, since you know this beforehand, beware lest you also fall from your own steadfastness, being led away with the error of the wicked; but grow in the grace and knowledge of our Lord and Savior Jesus Christ. To Him be the glory both now and forever. Amen. ~ 2 Peter 3:16-18

Notice these words – twist, destruction, fall, led away – all are the work of Leviathan. How do we defeat him? You just read the answer…

It’s time to lead the captives out of the Land of Confusion and into the marvelous light of God’s love!

3 thoughts on “Leviathan and the Land of Confusion” 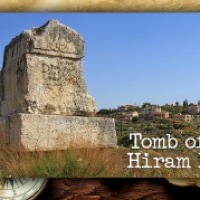 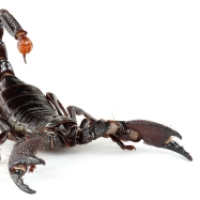