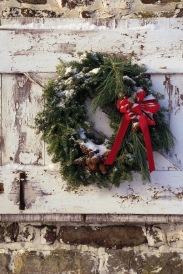 It is an unseasonably warm December (even for Tennessee) as I write this blog. Yet in spite of the weather, the Christmas season is in full swing — the music, the lights, the decorations, the frantic shopping, the live nativities and musicals at houses of worship — the usual season build-up until December 25th. Except for the lack of heavy coats, scarves, and winter hats (and yes… snow), everything says “it’s Christmas-time in the city.”

Unfortunately, in many corners of the world (and the United States), people seemed to miss the “Peace on Earth” memo.

Radical Islamic groups like al-Qaeda, ISIS, and Hamas continue to blaze a path across parts of the Middle East in their quest for a caliphate and a revived Ottoman Empire. These barbarians are wiping out cities, destroying historical artifacts from past civilizations, raping and slaughtering the inhabitants of these regions (many of whom are our Christian brothers and sisters) — all in the name of their false religion.

In recent months, Islamic terrorists have brought their particular brand of jihad to places like Paris, France, San Bernardino, CA, Chattanooga, TN, and others. And while world leaders are calling out this enemy by name, our own “leaders” can’t seem to form the words “Islamic terror”, instead chasing the “windmills” of climate change with a passion that would make Don Quixote proud.

The battle for our culture has been taken to the streets because of racial division, vilification of law enforcement, disrespect for military personnel, marginalization of our Judeo-Christian heritage, and immorality in the name of gender-equality and marriage equality. Places like Ferguson, MO, Baltimore, MD, Washington, D.C., and the United States Supreme Court have become the stages where these tragedies of rebellion and ungodliness have played out.

“Pastor, you paint a bleak picture for Christmas. Are you going somewhere with this???”

Yes, I am… to Cambridge, Massachusetts… Christmas Day, 1863… to the desk of Henry Wadsworth Longfellow.

Following the tragic death of his wife, and the wounding of his son during the American Civil War, Longfellow hit one of the lowest points of his life. It was on Christmas Day, 1863, that he penned the poem, Christmas Bells… his poem from which the song I Heard The Bells On Christmas Day was later born. This Christmas poem also painted a pretty bleak picture, of a nation in conflict and hopelessness…

And in despair I bowed my head;
“There is no peace on earth,” I said;

“For hate is strong,
And mocks the song

Of peace on earth, good-will to men!”

Yet in spite of the tragic tone in this poem, it concludes on a note of triumph…

Then pealed the bells more loud and deep:
“God is not dead, nor doth He sleep;

The Wrong shall fail,
The Right prevail,

With peace on earth, good-will to men.”

We serve a living God. He is not dead. He is not asleep. He is not unconcerned, disconnected, or apathetic about the affairs of men. He is loving and kind. He is holy and just. He is a God of grace, mercy, and righteousness. He is the Christ-child, born in a manger in Bethlehem, heralded by angels, adored by shepherds, worshiped by kings, followed by fishermen, revered by the regulars, and reviled by the religious. He was considered both Rabbi and rebel, was beaten by sinners, nailed to a cross by unbelievers, and raised to life again by the God of the universe.

He is the risen King of Kings, the Lord of Lords, and the Savior of the world.

One day, He will return.

One day, all will be made new.

One day, peace on earth will be a reality.

One day, we will understand the words of Henry Wadsworth Longfellow, because on that day…

Every eye will see him (Revelation 1:7);

Every tongue will confess (Philippians 2:11)… 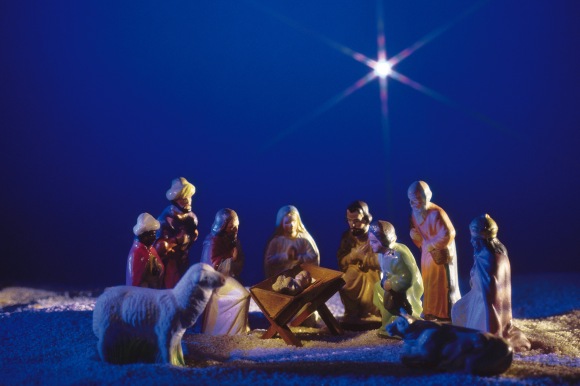 I believe His return is sooner than we think. Let’s ‘trim our lamps’. Worship our Lord Jesus & tell Him how much you love Him.