Wow! It was a game for the record books! 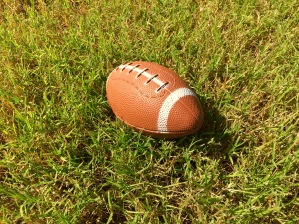 No team has won a Super Bowl in such dramatic fashion; coming back from such a 25-point-deficit at the half. No quarterback or coach has won as many Super Bowls. No Super Bowl had ever gone into overtime before.

Just like every other year for the past 50, another Super Bowl has passed into the history books. Kudos to both the Atlanta Falcons and the New England Patriots for playing such a great and hard-fought game. Congratulations to Robert Kraft and his Patriots for coming out on top, and being the Super Bowl LI champions. Once again, the Vince Lombardi Trophy will make its way to Foxborough, MA.

Once you agree upon the price you and your family must pay for success, it enables you to ignore the minor hurts, the opponent’s pressure, and the temporary failures.

So as Christians, what is the cost of living the Christian life in a world that — in most cases — neither welcomes, appreciates, or respects us? What is the price we are called to pay?

We are called to come and die.

The Apostle Paul summed it up when he said…

We are called to die to our self-interest for the sake of something greater.

We are called to die to our sin.

We are called to die to our worldly desires.

We are called to die to ourselves.

With respect to the world, we are called to be the ultimate underdogs.

However, it is though that death that Jesus can live through us, giving us a life more abundant that we could ever imagine.

So, ask yourself this…

What price are you willing to pay for the One who paid it all for you?