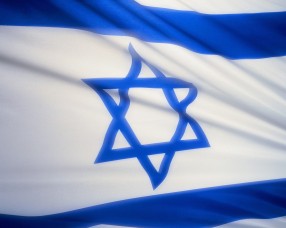 I will bring them out from the nations and gather them from the countries, and I will bring them into their own land. I will pasture them on the mountains of Israel, in the ravines and in all the settlements in the land. ~ Ezekiel 34:13 (NIV)

The month of November is a time of significance for the nation of Israel.

Because these two anniversaries are so significant, I believe we can (and should) associate the entire month of November with the founding of the State of Israel. I believe that honoring Israel as not just a great ally of the United States of America, but also as God’s chosen people is something we should take seriously, participate in diligently, and teach our children and grandchildren to do the same. There is no “statute of limitations” with regard to how we treat Israel, and the promises of God, which are “yes and amen”, are as good today as they were thousands of years ago when He gave this promise to Abraham…

I will bless those who bless you,
And I will curse him who curses you;
And in you all the families of the earth shall be blessed.”
~ Genesis 12:3

So let’s all commit to take some time today, and for the rest of the month, and pray for the prosperity, peace, and blessing of Israel, recognizing that proper alignment with Israel, as individuals and as a nation, holds promise for the future.

Praying for the peace of Jerusalem,
Pastor Ron

One reply on “Blessing Israel”

Pastor Ron, your YouTube video on speaking in tongues meant a lot to me. Please check out Proverbs 1:23 the promise to pour out his Spirit and the promise fulfilled poured out in Acts 10:44-48.Sincerely In the name Jesus, Michael Neigh United Pentecostal Church.