This year, as I have said, is the “year of the open door” in Hebrew. This is based on the fact that the Hebrew word for 4 is “dalat” which is a gateway. Also, 14 is a double 7, which indicates a double completion.

Among Anglo-Saxons, the number four represents a galloping horse. This can be found on the edge of the British one ounce silver coin this year.

So we are faced with a year of “due season”… open gateways while the galloping horses of Revelation seem to be approaching. Or could it be something else? Could it be that God’s people are being turned from sheep to horses for these last days? 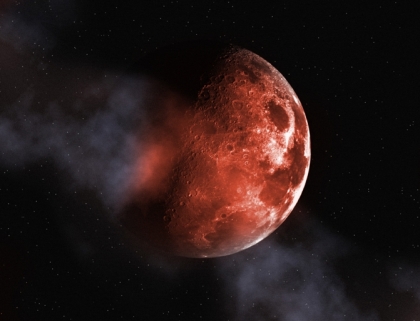 The month of April is pregnant with prophetic symbols. We are seeing the release in March/April of four movies based on scriptural themes. Two of those movies relate to the end times, “Noah” and the release of the remake of “Left Behind” (starring Nicholas Cage). We are indeed moving into the “days of Noah” and the “days of Lot”…

And as it was in the days of Noah, so it will be also in the days of the Son of Man: They ate, they drank, they married wives, they were given in marriage, until the day that Noah entered the ark, and the flood came and destroyed them all. Likewise as it was also in the days of Lot: They ate, they drank, they bought, they sold, they planted, they built; but on the day that Lot went out of Sodom it rained fire and brimstone from heaven and destroyed them all. Even so will it be in the day when the Son of Man is revealed. ~ Luke 17:26-30 (NKJV)

What does this mean to us? Why should this matter?

Well, on Easter Sunday (April 20), one-billion people worldwide will participate in various services and gatherings during those 24 hours. I believe that if Christians everywhere would get to church on that Sunday, and come together in agreement for what God can do, April could represent a significant shift in our nation and our world.

Here is the day we cross a line in the sand, as Prophet Johnny Enlow states. The church will rise in our full identity to take back our nation and impact our world.

The people of Abba’s House are asked to gather on April 12th, in advance of Easter Sunday, and until Easter to impact our city.

If you love the Lord, America, and our way of life, get to church (or back to church) this Easter.

I am calling on every member on our rolls — as well as every guest, every friend, and every person without a church — to join us at 9:15 for LifeGroups and 10:30 for Worship on Easter Sunday. Our gathering in unity will release an avalanche of blessing from the heavenlies.

This past year I broke the yoke off of our area for its treatment of the Cherokee Indians. The three stranded cord of Ecclesiastes that cannot be broken is in place (our Church, first nations, and Israel). I have been to both ends of the Trail of Tears and to Israel in the last 12 months. My son Ronnie Jr. and I will release a book called The Power of Agreement later this year.

Our gathering this Easter is critical for the nation. I am asking all people nationwide to gather in a spirit-filled church on Easter.

If you follow my blog, you know that next week we will be hosting our annual Fresh Oil New Wine conference at Abba’s House. By now, you might be saying to yourself, “Self… why should I go to Fresh Oil New Wine?”

I’m SO glad you asked!

In the spirit of “all things listed”, here are 5 reasons you should come to Fresh Oil New Wine:

#5 The Olympics are over. 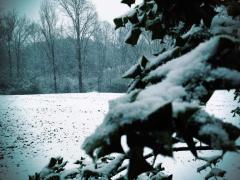 With all of the ongoing video clips, comments, and chatter still dying off in the distance, you may not be aware that the Olympics actually ended last Sunday. Now that you have so much time on your hands (in the absence of skiing, bobsledding, skating, etc), you can come and be a part of what we believe is going to be a mighty move of God.

Yes, you can sit at home and watch other people worship God through endless videos on YouTube, or…

You can register now to be smack-dab in the middle of His presence with hundreds of other hungry worshipers. 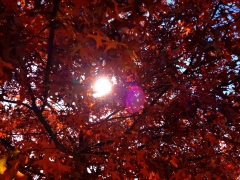 On Monday night of the conference, I will be delivering a message about Due Season. What does it mean? How do you know when your due season has arrived? How do you persevere while you are waiting for your due season to arrive? This session will hopefully answer those questions for you, and give you strength to be an overcomer through all of the seasons of life.

#2 I’ve invited a few friends along.

Each year at Fresh Oil New Wine, we have powerful speakers who join us, and this year is no exception. Pastor John Hagee, Perry Stone, Rabbi Curt Landry, Randy Caldwell, Dwain Miller, and more will be joining us to make this a conference like no other!

#1 You have a rich heritage that needs to be tapped into.

As believers in Jesus, we have deep roots in Jewish heritage. The Jews are God’s chosen people… What does that mean for you as a Christian? How can we honor Israel and our ancient Jewish heritage as 21st century Christians? Come find out. 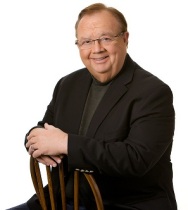 I hope to see you there.

P.S. I would really appreciate your help. Help us spread the word about Fresh Oil New Wine 2014 by sharing my blog on Facebook, Twitter, Instagram, carrier pigeon, smoke signals, or whatever form of social media works for you. If you are on Twitter and Facebook, we are using the hashtag #FONW14.