As we begin to wind down another year (only 42 shopping days left until Christmas), it is only natural for most of us to look back at the year we’re leaving behind, assess the good and the bad, and try to make changes to improve the quality of life for ourselves and those around us. As someone once said, the definition of insanity is “doing the same thing over and over, and expecting a different result”. No one is interested in repeating the mistakes of the past with their tortured consequences, yet oftentimes, we become obsessed with the past (good and bad). 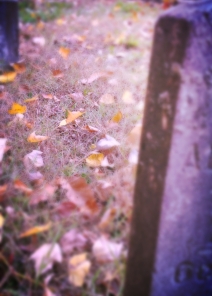 We see this when someone dies tragically, and the mantra of friends and family becomes “If only they had (fill in the blank)”.

We experience this when we make bad financial decisions… “If only I knew then what I know now”.

We even see this in worship in our churches… The tendency after God works in an amazing way to try to replicate the experience whenever we do a specific chorus or song. Instead of a fresh word or experience, we want to relive the “feel-good moments” of the past.

Regardless of the context, in order to move on with God, we have to move out of the past, and its perceived security. God is all about doing a new thing in our lives regularly if we will let Him. It reminds me of a line from the C.S. Lewis classic, The Lion, the Witch, and the Wardrobe. Mr. Beaver and the Pevensie children are discussing Aslan, the character that represents Jesus in The Chronicles of Narnia.

Moving on with God means moving out of the security of our current environment into the unknown – a place where the only thing we have to hold on to is the goodness of God.

Decide to leave the cemetery.

You’ve got to be willing to leave the graveyard of the past. Make a decision to change. The very day Israel made the decision to change, the manna stopped. They got off welfare and went on God’s prosperity plan to gain the land that was theirs! As long as we operate in a circle of unbelief, complaining, “We’re short of money; we don’t have enough to try that path”—we will make it through the day and no farther. When every decision is based on only the resources at hand, we limit our vision and focus for the future.

I’m tired of living in worry over provision, aren’t you? I’m looking for a land flowing with milk and honey. I’m ready to drink out of a fountain with waters from which I’ve never tasted. I want clusters of grapes so large that it takes two men to carry them! I want my portion of fruit from that new land. I’m ready for some milk and honey!

In the academy award-winning movie Coal Miner’s Daughter, Sissy Spacek won the award for Best Actress, effectively and believably portraying singer Loretta Lynn. For me, the scene most compelling in the movie is the moment when Loretta’s father dies. Loretta had just made a record, scraping up what money she had to complete the project. But when her father died, in her biography we find that she secluded herself beside his remote grave for over a day and a night, refusing to leave.

Frustrated, Loretta’s husband, Doolittle, plows up the side of the mountain with a bulldozer, as there was no road up to this graveyard. He basically says to her, “Lorettie, we’ve got all these records and we’ve done all this. You’re going to have to make up your mind whether you are going to do this singing thing or not.” Turning, he leaves her by the grave and goes and gets back on the bulldozer. In a minute she leaves the graveyard, climbs up on the back of that truck and says, “I want to sing.” He says, “What did you say?” “I want to sing.” “What did you say?” he asked her for the third time. “I want this.”

All the success and fame could have been forsaken in that critical moment in Loretta Lynn’s life. She could have sat by her daddy’s grave and mourned the past and talked about how it used to be in the good ‘ole days. “You know, one time I made a record,” she could have said. Her whole destiny, and perhaps even the history of Tennessee and country music, changed when she crawled away from that grave and got on the back of that bulldozer saying, “I’m not going to live in the past anymore.”

I’m encouraging you today to go to prosperity and success. I’m not just talking about a financial situation. I’m talking about true eternal prosperity: embracing a life that counts! A life that counts must say goodbye to some of the things of the past. They are not coming back. They’ll never be here again. It’s time to move on.

Don’t get me wrong… stepping into the future can be full of uncertainties and insecurities. It doesn’t always feel safe. But you know what? That’s ok, because — to paraphrase the sentiments of Mr. Beaver — the (plans of the) King may not be safe, but He is good. He’s trustworthy. He has YOUR best interests at heart.

So get up from the graveside… your destiny is waiting for you!

— portions of this post adapted from my book,  A God-Sized Future
© Copyright 2012 by Ron Phillips, published by Charisma House