In 2008, while on an archaeological dig on the Menominee Reservation in Wisconsin, archaeologists unearthed a small pot which they estimated to be approximately 800 years old. Upon opening the ancient artifact, they discovered a bunch of seeds. Several years after the discovery, some students in Winnipeg decided to plant the seeds, and to everyone’s surprise, something grew: A species of squash that had been previously classified as extinct! The species has been named “Gete-okosomin”, which means “big old squash” in the Menominee language. Efforts are now underway to ensure the future survival of this miracle of nature.

Wow! What an amazing discovery. But more than that, what an incredible lesson we can learn from this tiny seed…

Just think… these seeds — long forgotten and thought forever lost — were witness to the times we can only read about and imagine. These small capsules, preserved for centuries underground, hold the key to a life and species thought gone forever. These seeds, held in a simple pot, survived heat, cold, flood, and any other number of natural occurrences to reveal the promise of new birth at this point in history.

So… what have you done with your seed? Where are your dreams and aspirations buried, waiting to be discovered? What are the promises that you had believed were long dead and forgotten?

We serve the God of life. We serve the Author and Finisher of our Faith. We serve the One who sees the end from the beginning, knows our hearts and minds, and can sympathize with our weakness, pain, and broken dreams.

When we think it is over — finished — He sees the hidden promise; the seed sown in faith, be it financial, time, energy, or other of our resources.

What we see as too old, He sees as aged to perfection — ask Abraham and Sarah.

What we see as not enough, He sees as the right number — ask Gideon.

What we see as insufficient, He sees as abundance — as the little boy with the loaves and fish.

We have all heard the Scriptures regarding “seedtime and harvest”. My friend Jentezen Franklin was once delivering a message at Abba’s House, and he put it a different way. He talked about “seed… t-i-m-e… and harvest”. He explained that when a farmer sows seed, it takes a while for the seed to germinate, sprout, grow, and bear fruit. Some seeds take longer than others. All too often, we want to sow a seed and see an immediate harvest. That is not the way it works in the natural, and oftentimes, not the way it works in the spiritual either. Once we sow, if we attempt to harvest our seed before its “due season”, we will reap little to nothing. Sometimes, we may not see the harvest of our sowing for months, years, or decades. Sometimes, our harvest may come to fruition for someone else. Paul understood this in his letter to the Corinthians…

To see an abundant harvest, it takes obedience, patience, persistence, and faith. It takes sowing seed into fertile ground that is going to receive that seed, and allow it to spread its roots and grow. It takes faithfulness as a sower, and faith in the ONE who will give the increase, Whose word will never return void, but will accomplish what He has said.

Give it to Him.

Trust that your good seed sown in faith — regardless of how old — will bring a harvest and reward that will have meaning, purpose, and fruit, both in this life and the next.

One thought on “Coming Back from Extinction” 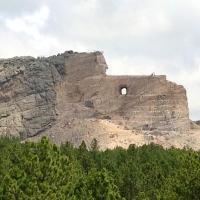