Recently at our church, our young people performed the great musical The Sound of Music. It is the classic story of the von Trapp family’s escape from Nazism in Austria after Germany usurped Austria into the German empire in 1938 — an event known as the Anschluss.

A history many in our nation have obviously forgotten. 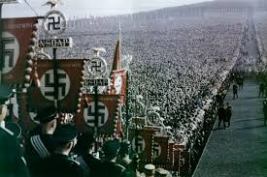 The National Socialist German Worker’s Party (ie: the Nazi Party) rose to power following Germany’s defeat in World War I. The Nazis played upon the discontent of the people in attacking big business and capitalism, and used class-warfare as a tool to further its popularity by establishing a culture of entitlement and ideological superiority. Racism was also a key element in the spread of this toxic ideology, and resulted in the Holocaust… the death of six million Jews.

For the first time in our nation’s history, we not only have candidates who are promoting socialist beliefs, but have an openly socialist candidate running for the highest office in the land.

Have we become so short-sighted that we won’t heed the hard-fought lessons we have learned in the last 80 years? Has our education system become such a cesspool of ideologues and history revisionists that our children are being brainwashed into believing that socialism is the answer to all of the problems that ail us as a nation? Oh sure… socialism has its appeal — after all, who doesn’t like FREE STUFF???

The problem is that nothing — N O T H I N G —  is free. Even “free” stuff is costing someone, somewhere.

Take education for example. One of the mantras we are hearing is for “free education/free college”. Well, if college becomes free, one would have to assume that all of those things it takes to keep the doors open — lights, heat, electricity, etc. — are all going to be free as well.

And how about those salaries? If we are going to offer free college, would it not be reasonable to assume that all of the college faculties will be doing their jobs gratis? That means janitors, security, administration, and yes… professors. So, all of these (mostly highly) trained and educated people are going to put in their 40+ hours per week with no paycheck to show for it? Sure, there are those states where some college is being offered for “free” (TN being one that offers 2 years of community college for “free”). However, “free” is still not free… it ultimately comes at the expense of the taxpayer.

The problem with socialism is that you eventually run out of other peoples’ money.
~ Former British Prime Minister Margaret Thatcher

The Bible has a lot to say about work and a good work ethic. From Genesis to the writings of the apostles, hard work is considered admirable and Godly. Looks at what Solomon had to say in Proverbs…

All hard work brings a profit,
but mere talk leads only to poverty.
~ Proverbs 14:23-24

Lazy hands make for poverty, but diligent hands bring wealth.
He who gathers crops in summer is a prudent son,
but he who sleeps during harvest is a disgraceful son.
~ Proverbs 10:4-5

While we were with you, we gave you the order: “Whoever doesn’t want to work shouldn’t be allowed to eat.” We hear that some people in your group refuse to work. They are doing nothing except being busy in the lives of others. Our instruction to them is to stop bothering others, to start working and earn their own food. It is by the authority of the Lord Jesus Christ that we are urging them to do this.
~ 2 Thessalonians 3:10-12

Yet in spite of these warnings, I hear candidates running on a platform that constantly blames the ills of the poor on the rich, and stirs up not just class warfare, but ties it to racial division as well. The idea that penalizing someone who has worked hard in order to subsidize the lazy completely takes away from the incentive to work hard and do well. Why would I want to work hard to be a success if someone is just going to take away my hard-earned income and give it to someone who has not worked for it? It is absurd to believe that when you rob from the rich it is going to somehow benefit the poor in the long term. 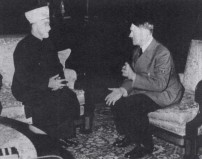 The further we run as a society from the teachings and statutes of the Bible, the further and faster we run toward our own destruction. Although seeming to tolerate Christianity initially, the Nazis moved rapidly to quell the voice of the Christian church, while at the same time forming an unholy alliance with Islam. Martin Bormann, Hitler’s personal secretary, once admitted, “National Socialism and Christianity are irreconcilable“. We are seeing the dark specters of this type of ideology taking hold in our nation, with Christians being put on trial for their beliefs and convictions, while Islam is given a pass and a warm embrace by those in the corridors of power.

In the end, however, it’s quite simple: One cannot forsake the teachings and statutes of the One who established human civilization without severe consequences.

“God has been very good to us. One of the reasons God has been
good to us is that we have done him honor. ~ Justice Antonin Scalia

Although we are a nation founded upon Christian principles, secularists in our society have been trying desperately to take America to the point that we are decidedly “post-Christian”. With the passing of Supreme Court Justice Antonin Scalia last weekend, the political stakes for the soul of our nation have been raised to a perilous level. The wrong person being appointed to the Court would send us into an abyss of unconstitutional decisions and legislation from which we might never recover. For as Justice Scalia observed…

“That’s the argument of flexibility and it goes something like this: ‘The Constitution is over 200 years old and societies change. It has to change with society, like a living organism, or it will become brittle and break.’
But you would have to be an idiot to believe that.
The Constitution is not a living organism, it is a legal document. It says something and doesn’t say other things… As long as judges tinker with the Constitution to ‘do what the people want,’ instead of what the document actually commands, politicians who pick and confirm new federal judges will naturally want only those who agree with them politically.”

We need a transformation in our country. What is happening societally and politically right now should be driving us to our knees in prayer. The consequences of going further down the rabbit-hole of unGodliness, secularization, and socialism should drive every person who loves this country, and what it stands for, to the ballot box. We have come so far from the horrors of the socialism and subsequent fascism of Nazi Germany, as well as the fear of “The Evil Empire” of the Union of Soviet Socialist Republics (U.S.S.R.) and the Cold War. I lived through it. I remember the rhetoric and threats. I remember climbing under our school desks during air-raid drills. I remember the nuclear saber-rattling. I remember the images that the words “nuclear holocaust” invoked.

I want more for my children and grandchildren.

Standing in the middle-of-the-road is very dangerous; you get knocked down by the traffic from both sides.

Sometimes compromise is inevitable: In business, politics, and life in general, there’s a whole lot of give-and-take. However, there is a huge difference between compromising on a preference, and compromising on a principle. Personal preferences can change over time, but the principles by which we live are what define us. People who attempt to make everyone happy usually find themselves worn down by people on both sides of the argument.

In their attempt to please everyone, eventually they find that they have pleased no one, and have sacrificed their integrity and credibility along the way.

When it comes to sin and righteousness, the Bible is very clear on where we as Christians should stand. If we find that where we are standing does not line up with the truth of God’s Word, rest assured… we are the ones standing in the wrong place.