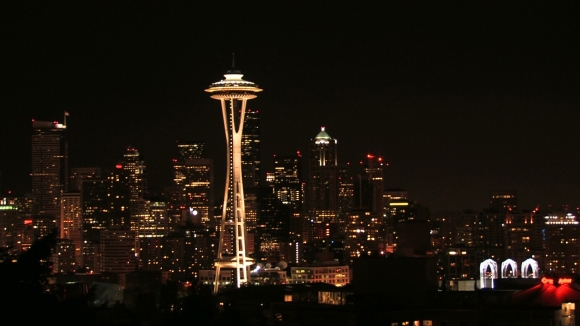 On April 13, baggage handler Willa Junior dozed off in the cargo hold of a Boeing 737 while working his job at a Seattle airport. Junior was awakened abruptly when a piece of baggage hit him in the head, and he was faced with darkness, engine noise, and the feeling that the plane was ascending.

He tried to call his company, but they thought it was a prank call.

He then began banging on the ceiling of the cargo hold, which was heard by the plane’s passengers directly above him.

The plane was forced to return to the Seattle airport to release its sleep-deprived captive from the cargo hold — alive, and probably quite embarrassed.

On March 24, 1989, the oil tanker Exxon Valdez ran aground in Prince William Sound, Alaska, spilling approximately 11 million gallons of crude oil into the sea. At the time, this was the worst oil spill in United States history (eclipsed in 2010 by the Deepwater Horizon spill). Allegedly, the Valdez spill was caused by the ship’s third-mate falling asleep at the helm, causing the tanker to leave the shipping lanes, and run aground on Bligh Reef.

In the Bible, we find the story of Jonah. In his attempt to run from God, he boarded a ship. While asleep in the hold, God sent a mighty storm to stop the fleeing prophet. Being awakened, and realizing the storm was on his account, Jonah instructed the crew to throw him into the sea (see the book of Jonah).

We find the disciples asleep in Jesus’ hour of need, at the very time He needed them to watch and pray (see Matthew 26:36-46).

Sleep deprivation can have horrific results. These stories are just a miniscule sampling of the thousands of instances of someone falling “asleep at the wheel”, and being met with tragedy. Countless car accidents, plane crashes, and other disasters have been caused because someone dozed off at their post, with tragic results.

In our nation and our world, the Church is suffering from spiritual sleep deprivation…

We have forsaken the diligent study of God’s Word for entertainment and lullaby religion.

We have allowed our prayer-times to devolve into blessings at dinner time, and fox-hole, final exam, and health-crisis pleadings.

We have fallen asleep in the Watchtower of Righteous-Indignation, and allowed the voices of immorality, narcissism, self-indulgence, and anti-Christianity to storm the walls and drown out the sound of the Good News of Jesus.

We who are alive in Christ must engage this culture if we are going to change it. The liberal agenda in our nation is making no bones about changing the fabric this country was built on, making room for no dissenting opinions, and taking no prisoners. As those who have come out of darkness and into the light of God’s love, it is up to us to make our voices heard, in the churchhouse, the schoolhouse, and the statehouse. We must put feet to faith, reach the ears of our detractors with truth, and reach their hearts with love-based action. As the late Keith Green pointed out, “God bless you, be at peace…’ just doesn’t cut it with a world that is starving for truth, looking for love, and dying from self-inflicted misery.

For you were once darkness, but now you are light in the Lord. Walk as children of light (for the fruit of the Spirit is in all goodness, righteousness, and truth), finding out what is acceptable to the Lord. And have no fellowship with the unfruitful works of darkness, but rather expose them. For it is shameful even to speak of those things which are done by them in secret. But all things that are exposed are made manifest by the light, for whatever makes manifest is light. Therefore He says:

“Awake, you who sleep,
Arise from the dead,
And Christ will give you light.”

See then that you walk circumspectly, not as fools but as wise, redeeming the time, because the days are evil. ~ Ephesians 5:8-16

So how do we do this? How do we stand against the waves opposition and persecution we are seeing today?

So get involved! Find a way to make a difference. Open your eyes to those around you, and touch the life of someone who has no way to repay you. Let that be a start… the seed to greater things for the Kingdom of God.

Every great oak began as an acorn.

Every great idea began in the mind of someone brave enough to dream, and bold enough to think they could succeed…

And with the God of the universe in your corner, you can too!

So where do we start?

First of all, this past Sunday was the Big Game… Super Bowl XLVIII. All of the hype, all of the pre-game shows, and all of the pre-gameday shows that aired in the days leading up to a 6:30p.m. kickoff built a sense of anticipation that resulted in the game being the most watched event in television history. In the days of commentary leading up to the clash between two teams that weathered the storms of the season to make it to this moment in time, much of the talk centered around one word:

In case you were stranded on a desert island for the past month, please allow me to re-cap…

In the Northwest corner, we have the young Russell Wilson, a second-year, third-round draft pick out of Wisconsin. Russell would be leading a young, yet powerful Seattle Seahawks team that boasted the best defense in the NFL.

In the Mile-High corner, we have Peyton Manning, a 16-year NFL and 3-time Super Bowl veteran who is the epitome of the stuff legends are made of. This man has more awards than most of us have room on our mantle for, and would be leading the storied Denver Broncos, with an offense that proved to be virtually unstoppable on it’s march to East Rutherford, NJ.

With such a matchup, everyone expected it to be a game for the ages. Yet, with so many players involved in the success of each team, the vast majority of the conversation centered around Peyton Manning. “Can he win the Big Game to cement his legacy? How will his legacy be affected should the Broncos lose? Will his legacy survive in the event of defeat?

From the first snap of the game, things seemed to go wrong for the Broncos. A 2-point safety on the opening play of the game defined the rest of the spectacle. After 60 minutes of play, and the dust and confetti hadn’t begun to settle, the Seahawks emerged victorious… 43 – 8. Immediately, the talking heads and media-elite began discussing the effect of this major loss on Peyton Manning’s legacy. Could his legacy survive this brutal beatdown? Would Manning hang up his cleats in defeat, and end his NFL career now?

Well, with all deference to smarter sports-minds than mine, I just have to ask a few questions:

Isn’t this the same Peyton Manning who just completed (arguably, with the exception of losing the Super Bowl) the most successful season in the history of the NFL? Isn’t this the same man who just set records for most touchdowns thrown, as well as most yards thrown in a single season? Isn’t this the man who was just selected as the NFL MVP for a (record) fifth time? I could go on about other records he set (including the passing record he set in the Super Bowl itself), others he tied, not to mention all of the records set by other members of the Broncos organization, and the team itself. But I digress…

Now for a reality check.

Earlier in the day, around 20 miles from MetLife stadium, the police were called to the apartment of Academy Award-winning actor Philip Seymour Hoffman. After Mr. Hoffman failed to meet his children and their mother at a park, she called a friend who went to check on him. Mr. Hoffman was found in his apartment, dead from an apparent drug overdose.

Philips Seymour Hoffman was considered to be one of the brightest and most talented actors of this generation, having starred in films such as Twister, Patch Adams, Mission Impossible III, Capote (for which he won the Academy Award for Best Actor), the popular Hunger Games movies, and dozens of other films. Having seen several movies that he appeared in, I thought of him as a very talented person. According to stories I’d read, as well as interviews I’d seen, he seemed like a nice and humble guy.

So again I ask, what about the legacy? Have we become so shallow as to base a person’s legacy on a 60-minute sporting event? Has our collective attention span gotten so short that we decide the legacy of a life based on the manner of death? Sure, Peyton Manning had a really bad day. However, it does not wipe from the annals of sports history his incredible contribution to, not just football, but to the lives of young people that he sowed into through other benevolent endeavors. And while Mr. Hoffman may have died with (as the police have reported) a needle still in his arm, it does not erase the hours of great theatrical performances, or tarnish the Oscar statue he earned for just one of those great performances.

So where am I going here? Simply this…

The legacy of a life is built on miles, not inches. It is built on years, not seconds. Sure, there are those people who are only remembered for a sad, solitary event (John Wilkes Booth, John Hinckley, James Earl Ray, etc.). However, for most of us, a positive legacy is built over a lifetime of actions, attitudes, and contributions. It is built on a foundation of what we did to change the world around us, and how those changes affected others. People may remember that Peyton Manning lost Super Bowl XLVIII, but what Peyton Manning will be remembered for will be for being one of the best athletes to ever play the game of football. People will remember the manner of Philip Seymour Hoffman’s death, but he will be remembered for being a brilliant actor who brought to life memorable characters for the rest of us to live vicariously through.

But… here’s the catch. When time has ended, and eternity is upon us; when the crowd noise has finally ceased; the Super Bowl rings, Vince Lombardi Trophy, and Oscar statues have turned to dust; and the accolades and applause have long since died away, only one legacy will matter: What did you do with Jesus? The Bible says:

While the rest of the world may mourn your brilliance and contributions to society, when you take that final breath, the only thing that will matter is how you lived your life for Jesus. Did you live a life that honored Him? Did you point others to His blood-stained cross? Did you accept the love that He died to demonstrate?

If you would like to have a personal relationship with Jesus, and start a legacy that will last forever, pray this prayer…

Dear Lord Jesus, come into my heart. Forgive me of my sin.
Wash me and cleanse me. Set me free. Jesus, thank You that You died for me. I believe thatYou are risen from the dead and that You’re coming back again for me. Fill me with the Holy Spirit. Give me a passion for the lost, a hunger for the things of God and a holy boldness to preach the gospel of Jesus Christ. I’m saved, I’m born again, I’m forgiven and I’m on my way to Heaven because I have Jesus in my heart.

If you prayed that prayer in faith, please let us know. Please drop me a comment here, or you can call us at 1-800-877-6493. We would love to celebrate with you your decision to join God’s family!