A  few weeks ago, there was a segment on the news where a dozen people were offered – for free – a Hershey chocolate bar or a ten ounce bar of silver. All of them took the candy. The candy bar was worth a dollar or two. The silver bar was worth $142.00 at spot prices on that day. People did not know the value of what was before them.  There is a segment on the TV show The O’Reilly Factor (with Bill O’Reilly) called Watters’ World. In this segment, Jesse Watters asks people on the street simple questions about current events, history, and politics. Although often humorous, it is sad that people are so ill informed about this great country in which they live, and — not just our history — but current events as well.

I have just finished extensive research on a number of issues affecting the future of our civilization and culture…issues like abortion, homosexual lifestyle and marriage, global warming, freedom of religion, governmental cover ups , hidden political agendas, the influence of secret societies , the threat of Islamic terror, and Israel’s right to exist. What has blown me away is that even when presented with irrefutable facts and credible evidence, people STILL believe propaganda, Internet hoaxes, and deceptive talking points. As Isaiah has said, “Truth has fallen in the streets“. 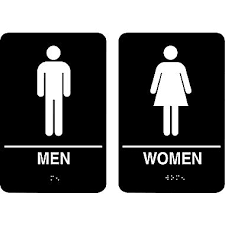 Now we have a socialist being supported by the majority of college students and young adults in the presidential election. We have people worried about transgender bathrooms and the news media making it a big story, while ignoring the slaughter of 250 Christian  women and girls in Mosul, a 16 year old beaten to death in an American high school, wild and godless gangs making our cities killing fields, the influx of Islamic radicals, the silencing of a middle school choir singing our National Anthem near the 9/11 memorial, and the continued murder of the unborn through abortion.

As darkness falls on our nation, we are choosing the temporary over the eternal, the trivial over the important, and evil over good. Even ministers and church folk are drinking the “Kool-aid” of ignorance.

While Russia was falling to the Bolsheviks, the Russian church was discussing the trim on their vestments. While our society plunges deeper and deeper into depravity and destruction, the church is busy splitting hairs over worship styles, the color of hymnbooks, and any number of peripheral issues that matter not one iota in the grand scheme of eternity. This is a critical year for Western civilization and our Judeo-Christian heritage, and we in the church of Jesus Christ need to recognize these perilous times for exactly what they are. 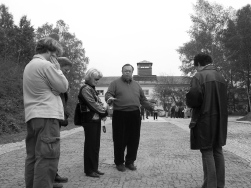 Several years ago, I was in Germany where we visited the Dachau Concentration Camp. Our host was telling us the story of when the camp was liberated by the Allies in April of 1945. When the liberating force confronted the citizens in the surrounding area about the horrific camp, the people claimed ignorance. “We didn’t know” was their excuse.

“How could you NOT know?” was his alleged response. 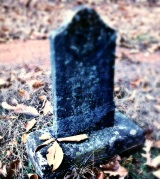 So, I ask the same question… How can we NOT know? How can we not see the truth in front of our eyes? How can we continue to ignore the desperation of the times in which we live? How can we not see the writing on the wall, holding us accountable for our silence while our society slips further into the abyss? We will one day stand before a Holy God and, when asked about all of the souls we allowed to pass into a godless eternity, “We didn’t know” will not be an adequate response. 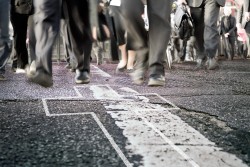 To hold to the truth of scripture is to be called a bigot. To have a problem with a grown man sharing a bathroom with a young girl is being “intolerant”. To demand that our leaders protect our borders is being “racist”. We are living to see our culture “calling good evil and evil good…” God issued a warning of “woe” to come on such. The worst of it is the awful silence in the contemporary pulpit — the failure to warn the nation. I for one will inform the uninformed, call sin by its proper name, and declare that people need to be saved. I will stand by the truth that the church cannot embrace the lies of culture and remain authentic. We must bear the scandal of the cross  and refuse to be silent in the face of evil. We must care enough to speak the truth regardless of how we may be labelled —  bigot, homophobe, racist, intolerant. Satan and his forces are stalking our families and communities. It is time to stop letting a liberal culture and media define us for simply believing in something and Someone. It’s time to stop being afraid of “ugly names” and start fearing for the souls of lost men and women heading into a hopeless eternity.

It is PAST time for the Church to rise up with the Word of Truth and go to war against ”the lie”.

At what cost will we keep silent?