Who owns the earth? 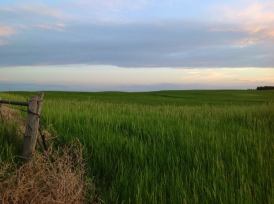 I heard a Pastor say recently that Satan owned the earth because St. Paul calls him, “the god of this world…”

…whose minds the god of this age has blinded, who do not believe, lest the light of the gospel of the glory of Christ, who is the image of God, should shine on them. ~ 2 Corinthians 4:4 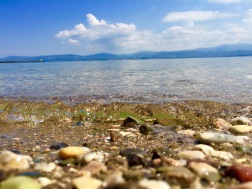 The NKJV translates this verse correctly – it is “age” (“aeon” in Greek). This represents a period of time in which Satan is worshipped, not ownership.

So Moses said to him, “As soon as I have gone out of the city, I will spread out my hands to the Lord; the thunder will cease, and there will be no more hail, that you may know that the earth is the Lord’s. ~ Exodus 9:29 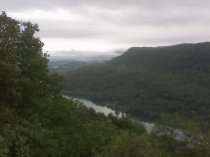 The earth is the Lord’s, and all its fullness,
The world and those who dwell therein. ~ Psalm 24:1

But if anyone says to you, “This was offered to idols,” do not eat it for the sake of the one who told you, and for conscience’ sake; for “the earth is the Lord’s, and all its fullness.” ~ 1 Corinthians 10:28 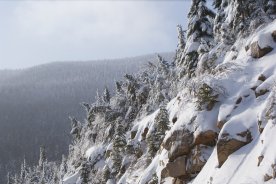 Clearly the planet and all of its inhabitants belong to Yahweh God. Now having said that, we need to understand that we are stewards and managers of all that we occupy on the earth. God expects us to take responsibility for our earth and its environment. Please do not confuse me with one who worships nature to the detriment of human life, and don’t lump me in with those who want to save the whales while aborting babies. This is NOT what I am saying. There is a significant difference between utilizing the earth and abusing the earth. A person with a healthy respect for the planet is very different from someone who idolizes and/or worships the planet.

They exchanged the truth about God for a lie, and worshiped and served created things rather than the Creator—who is forever praised. Amen. ~ Romans 1:25 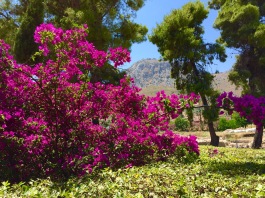 Even in its fallen state, there remains so much beauty in the earth. How my heart thrills every day as I look at the majestic hills around where we live in East Tennessee. Whether the rivers, oceans, forests, deserts, or majestic lakes, our planet is blessed. However, how sad it is when I see people throw trash in Lake Chickamauga, birds covered in oil in the ocean, filthy inner cities, and piles of junk ignored.

Phony environmentalists claim America is the problem. However, having traveled to most of the world, I find that the contrary is true. Trash is everywhere in many countries. The United States is a picture of pristine cleanliness compared to MANY places to which I have been. A lot of it is simply people too lazy to clean up their own mess. 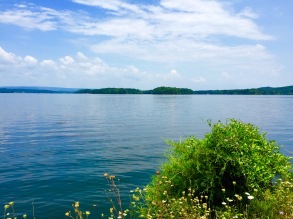 Several years ago, a former leader in our church walked in one morning and informed the staff that there was litter on the parking lot. Our church administrator at the time, the late Dr. Jim McClanahan said, “Why don’t you pick it up?” The man turned and left in stunned silence. Dr. McClanahan went out with our custodial staff and picked up the trash in question.

So… why am I carrying on about this? 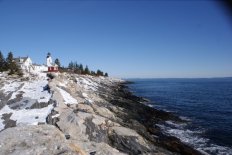 Because good stewardship is not just our giving. We can also show good stewardship by caring for our properties, our living spaces, and our communities on this earth. We can’t fix every thing every where, but if we start with where WE are, and show respect for what God has blessed us with, we can be an example… an example that can catch on and be repeated throughout the world.

The nations were angry, and Your wrath has come,
And the time of the dead, that they should be judged,
And that You should reward Your servants the prophets and the saints,
And those who fear Your name, small and great,
And should destroy those who destroy the earth. ~ Revelation 11:18

There is a judgment that falls on those who destroy the earth. Let’s be good managers of all God has blessed us with.

Well, it promises to be a beautiful weekend here in the Tennessee Valley. I hope to see many of you at church on Sunday (National Back to Church Sunday). I will be continuing my series on How To Put Faith Into Action… this week, I’ll be discussing the five steps you can take to release your faith. I hope you will join me at Abba’s House. Our service starts at 10:30a.m.

Recently, my staff produced a video about the different ways to stay connected to Ron Phillips Ministries and Abba’s House. Take a moment to watch it (below)… it may just brighten your day!

Have a wonderful weekend!

A couple of years ago, those of us in the Tennessee Valley and North Georgia witnessed a series of horrific tornadoes in our area. In the aftermath, we heard stories of destruction unlike anything most of us ever experienced. People from our church went to affected areas to assist in cleanup, and were stunned by the sheer devastation. Lives were uprooted like so many trees, and left so many people with lots of questions…

“Why did that tornado miss this house and that one, but wiped out mine?”

“Why did my family survive unscathed while others have lost everything?”

“Where was God when my life blew away with the wind?”

To be honest with you, I don’t know. But here is what I do know…

I know that God is a good God.

I know that the Bible says that rain falls on the just and unjust alike.

I know that, in spite of the storms, recent earthquakes in places like Guatemala, tsunamis in places like Japan and Indonesia, 9-11, Benghazi, and the current crisis in Syria… God is still on His throne.

And, I know that He still loves you.

Faith is what we celebrate during good times, and cling to during bad times. Faith is what gives us the strength to echo the words of Job, “I know that my Redeemer lives”.

Well, a much belated spring finally showed up here in the Tennessee Valley. The sun is shining, the birds are singing, the pollen is out in force, and as a result, so are the bees.

This reminds me of an observation by Mary Kay Ash, the founder of Mary Kay Cosmetics. She said…

That sounds just like a lot of us. Many times in life, we face overwhelming odds. Regardless, we refuse to give up when things seem hopeless, and we believe when the issue in question seems to be a lost cause. We hang onto faith when those around us can’t decide if we are too stubborn or too stupid to give up.

So why the tenacity???

Because we have hope.

As Christians, we stand on the words of Paul when he said…

“I can do ALL things through Christ who strengthens me“.

Got an obstacle that seems unmovable?