One can hardly watch television, surf the internet, or drive down the street without seeing some form of advertising for the new movie The Expendables 3. A popular movie franchise that began in 2010, The Expendables movies feature casts of popular action stars (I hesitate to say, of “yesteryear”) including Sylvester Stallone, Arnold Schwarzenegger, Harrison Ford, Mel Gibson, and many others. The premise is that this group of mercenaries are hired to do the dangerous jobs others can’t, for government agencies that “can’t be involved”, and should they fail in their quest, it’s an acceptable risk — after all — these guys are all “expendable”. Who’s going to miss them? They have no families, few friends, and no real “roots” to speak of.

While these movies may not delve deeply into the psychology of “expendability”, it poses and interesting question:

Who among us is expendable?

Is our value as an individual measured in awards, accolades, the number of Facebook “friends” we have, or the size of the contact list in our iPhones? Is our worth to society determined by our popularity, our job status, or the number of people who will or won’t miss us when we are gone?

A week ago today, we learned of the tragic suicide of actor Robin Williams, who had incredible success in his career. Yet, the success, the awards, and the love of so many people could not still the struggles within him.

In 1977, the young star of the popular television show Chico and the Man died from a self-inflicted, single gunshot wound to the head. While struggling with depression, drugs, and personal problems, Freddie Prinze (22) was at the height of his fame when he took his own life.

Ernest Hemingway won the Nobel Prize for Literature in 1954. Considered by some to be one of the greatest American writers of the 20th century, Hemingway committed suicide in 1961 after battling alcoholism and health problems for years.

So if these men (and many other celebrities like them) could not find peace and contentment in their vast successes — making the decision to end their own lives — what about the rest of us?

What makes us not expendable?

It’s simple… the words of Jesus. In Matthew 25, Jesus is talking to His disciples when He tells them a parable, and says to them…

“The least of these, My brethren.” Societal stature didn’t mean a hill of beans to Jesus. He placed GREAT value on the individual, and considered the way we treated those society considers “the least” as a personal statement of how we treat Him. He views each individual — each member of His creation — as a personal extension of Himself…

Jesus sees the person inside. He sees the potential. He sees the diamond-in-the-rough. He sees the Kingdom-heir, just waiting to step into the promise and future available to all of us who put our trust in Him.

Maybe you have low self-esteem… Jesus says you are highly-esteemed.

Maybe you feel expendable at your job, an insignificant part of the corporate machine… Jesus sees you as an individual of great worth and value.

Maybe your family, friends, or church have made you feel insignificant and unimportant… If you had been the only one, Jesus still would have come to this earth to save you — He thinks you are THAT important.

So if you are looking for acceptance and significance, look no further than the open arms of Jesus. He is waiting for YOU.

You are NOT expendable… You are loved. 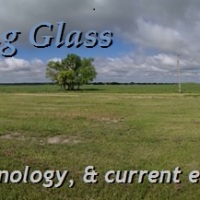