America has long been a nuclear superpower on the world stage. Since the days of the Manhattan Project to our current time, the United States has possessed the capability for destruction on a scale incomprehensible to most people. And while such power becomes a deterrent to those who would do us harm, it also comes with great responsibility and peril to those who wield it. 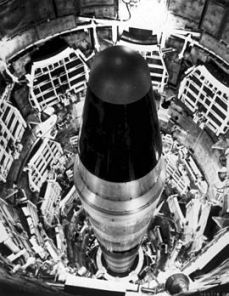 On September 18, 1980, at approximately 6:00p.m., an Air Force PTS team (Propellant Transfer System) entered the Titan II Missile Complex 374-7 in Damascus, Arkansas. Their purpose for being there was to replace a small part on the missile. At about 6:25p.m., a two man team went into the missile silo to work on the missile.

Now, the Titan II missile was no small thing. As the name would indicate, the Titan II was enormous. In the documentary Command and Control (American Experience, PBS), Missile Combat Crew member Allan Childers described the sight…

“You couldn’t see the warhead from the bottom ’cause you were 8 stories down, and the cone of the warhead disappeared off in the distance.” 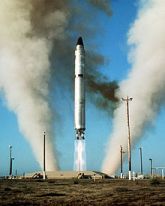 The Titan II intercontinental ballistic missile stood approximately 7 stories high, weighed around 330,000 pounds (165 tons), and carried the most powerful and destructive weapon in the history of warfare in the United States (possibly the world); a nine-megaton thermonuclear warhead that had three-times the destructive capability of every bomb dropped by every army during World War II combined, including the two atomic bombs dropped on Hiroshima and Nagasaki, Japan. This was a weapon with the capability to wipe out — not just a city — but a civilization.

As the crew began to work on the missile, the unthinkable happened. The socket they were using to remove the pressure cap disconnected from the wrench, and fell about 80 feet to the bottom of the missile silo. The eight-pound socket ricocheted off a thrust mount and struck the side of the missile, rupturing the fuel tank.

Over the next several hours, dozens of people across the military and defense department spectrum worked frantically to come up with a solution to keep the situation from turning into a nuclear disaster. During that time, over 14,000 gallons of rocket fuel continued to leak from the rocket into the silo.

In the early morning hours of September 19, tragedy struck.

While crews on site continued their work, the fuel ignited, and the missile complex exploded in a ball of fire seen for miles. About 21 personnel were seriously injured in the blast, and one PTS crew member, Senior Airman David Livingston, lost his life. Miraculously, the nuclear warhead itself did not detonate, and the destruction was confined to the immediate area of the missile silo and complex. The nuclear warhead was later located — still intact — in a nearby ditch, having been blown clear of the silo by the massive force of the explosion. 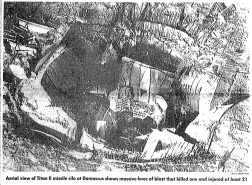 Now think about it. This catastrophe was caused because a small, eight-pound socket — something a minuscule fraction of the size of the missile — was accidentally dropped. And all it took then was for the tiniest spark to ignite the leaked fuel for the entire facility to turn into a deadly inferno.

This tragedy reminds me of the words of James…

Indeed, we put bits in horses’ mouths that they may obey us, and we turn their whole body. Look also at ships: although they are so large and are driven by fierce winds, they are turned by a very small rudder wherever the pilot desires. Even so the tongue is a little member and boasts great things.

See how great a forest a little fire kindles! And the tongue is a fire, a world of iniquity. The tongue is so set among our members that it defiles the whole body, and sets on fire the course of nature; and it is set on fire by hell. ~ James 3:3-6 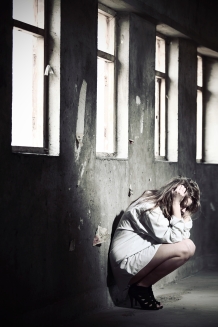 A tiny bit controls a thousand-pound horse. A tiny rudder steers a massive ship on the wild sea. Thousands of acres of forest can be set ablaze by an unattended campfire or a carelessly discarded cigarette butt.

In the same respect, the tongue is among the tiniest members of the body, but has the potential of an emotional “nuke”. Wars have been started because of words. Lives have been destroyed because of the power of the tongue. Marriages and friendships have been laid waste in the wake of destructive words.

James goes on to say…

With it we bless our God and Father, and with it we curse men, who have been made in the similitude of God. Out of the same mouth proceed blessing and cursing. My brethren, these things ought not to be so. Does a spring send forth fresh water and bitter from the same opening? Can a fig tree, my brethren, bear olives, or a grapevine bear figs? Thus no spring yields both salt water and fresh. ~ James 3:9-12

King Solomon put it this way… 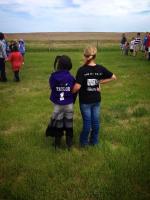 Whether it is how you whisper to a child, speak to a friend, orate to a large gathering, or proclaim from the mountaintop through media… words have meaning. Words have consequences. Words can be a fountain of life, or a weapon of destruction. Words are more than just mindless blathering… they are the reflection of the deepest recesses of the heart. Jesus drove this point home when He said… 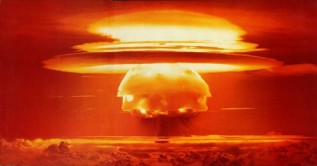 Maybe your words have already harmed another. Maybe, because of something you said, the elements are already in motion, counting down to an inevitable explosion. It’s not too late! Just as words of anger, jealousy, and malice can set the potential disaster into motion, words of forgiveness, healing, and contrition can avert that same disaster. It just takes the putting down of pride and the willingness to be the “bigger” person; to be righteous instead of “right”. It just takes putting on the mind of Christ, and being an agent of peace and unity instead of chaos.

Don’t wait until the little “dropped sockets” of life allow circumstances to build to critical mass. Let your words be a well of Life for someone else today.